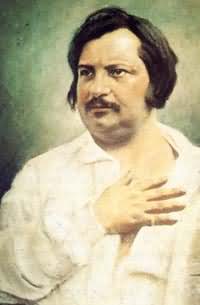 As for Balzac, he was a most remarkable combination of the artistic temperament with the scientific spirit. The latter he bequeathed to his disciples. The former was entirely his own. The difference between such a book as M. Zola’s L’Assommoir and Balzac’s Illusions Perdues is the difference between unimaginative realism and imaginative reality. ‘All Balzac’s characters’ said Baudelaire, ‘are gifted with the same ardour of life that animated himself. All his fictions are as deeply coloured as dreams. Each mind is a weapon loaded to the muzzle with will. The very scullions have genius.’ A steady course of Balzac reduces our living friends to shadows, and our acquaintances to the shadows of shades. His characters have a kind of fervent fiery-coloured existence. They dominate us, and defy scepticism. One of the greatest tragedies of my life is the death of Lucien de Rubempre. It is a grief from which I have never been able completely to rid myself. It haunts me in my moments of pleasure. I remember it when I laugh. But Balzac is no more a realist than Holbein was. He created life, he did not copy it. (Oscar Wilde)